Mr. Azizi, who is in charge of the repair and maintenance department of the Abadan refinery, is preparing for his daughter’s courtship ceremony, and his other daughter, Setareh, plans to travel to Tehran on the same day to attend a farewell party for a friend from her university. His father is suspicious of this trip and this is the beginning of the adventure رضا Reza Mirkarimi’s latest work, unlike the works that have been shown by him in recent years, has more locations and has many long shots that have led to original and eye-catching images. . The use of beautiful shots and frames has recorded a work of “girl” that is at least in appearance beautiful and its images can delight the viewer; However, these beautiful images are unrelated to the content of the story and have basically no function during the film. But unlike the beautiful framing, “Girl” has many shortcomings in the script that cause the audience to reject it.

Be the first to review “Dokhtar Iranian Movie” Cancel reply 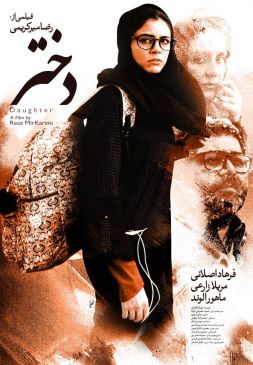