The synopsis of “Cousin” is about the life of a cousin and a cousin whose family life is very different. They are forced to resolve all their family disputes with their grandfather’s instructions and guidance. Ghorban Mohammadpour screened the movie “Hello Bombay” last year; A film with the same approach as “cousin, cousin” but with extensive production and the use of money-making stars of cinema and a combination of Persian and Indian films, which could have had a better chance of success at the box office. “Cousin, cousin”, written by Mohammadpour, of course, lacks the slightest standard feature for even box office success and sales, and is a head and neck lower than “Hello Bombay”. Today’s cinema audience is markedly different from that of the 1940s and 1950s, and other simplistic elements of those decades cannot satisfy it. 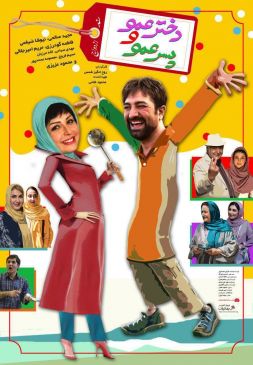