1990107 minComedy, Ghadimi, Khanevadegi
+ Playlist
Sign in to add this movie to a playlist.
+1

What else is the movie: Fereshteh, a student of literature, is a lively girl who is not understood in the society around her and misses school due to the misunderstanding that occurs to university officials about her character. He works for a publishing house to hide the issue of expulsion from his parents from his parents while he is in college, and at the same time tries to convince the university authorities. In this way, his brother Abbas, who is a computer student, helps him, and what else is a film directed and written by Tahmineh Milani and produced by Reza Banki, Tahmineh Milani and Mehdi Ahmadi Garkani, made in 1991, which was released in Iranian cinemas on October 22, 1992. Has been.

Be the first to review “Dige Che Khabar” Cancel reply 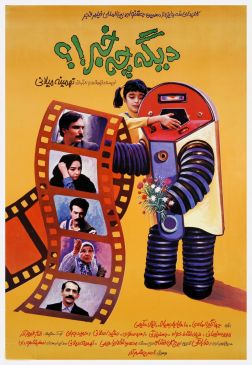