Sticker film: Sticker: Abbas known as “Abbas Agha Chakhan” is a student of boxing and work driver who stutters and Chakhan is constantly weaving. One night he accidentally meets Banafsheh, who has gone to a notorious neighborhood in search of her dreams, but is still trying to get out of there and have a wall. Abbas promises Banafsheh to help him, and Banafsheh, who has been deceived by Abbas’s words, thinks that she has met a rich man and is familiar with the origin and installation. After Banafsheh finds out that Abbas has been imprisoned for a small debt, he frees Abbas by borrowing from a ransomman named Mohammad, known as “Mamd Dasheneh”. Slowly imprisoned for betraying his partner, Abbas is supposed to go to his brother after his release and ask him to take his brother’s share from his cowardly partner….

Be the first to review “Deshneh Iranian Movie” Cancel reply 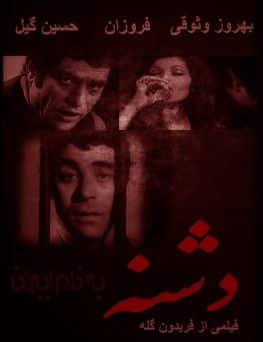