2010Ghadimi
+ Playlist
Sign in to add this movie to a playlist.
0

The film Democracy ‌ You ‌ Days of Light: tells the story of the life of a commander of the Iran-Iraq war who has made mistakes in his life and is trying to make up for his mistakes in the purgatory. These events take place in the form of situational humor. The film, which was selected for screening at the 11th International Resistance Film Festival and screened at the Hilal Cinema in Ahvaz, was screened on the fifth day of the festival with the presence of Ali Asghar Shadravan, cinema critic and director, Ali Naghi Taheri, head of the Young Cinema Association, and Mahan Abbasi, Khuzestani filmmaker. And Mahmoud Rahmani, a filmmaker and the head of the judging panel of the Holy Defense Festival in Ahvaz, was criticized. The first thing that attracts the audience to the movie is the title of the movie in which it is played. Now let’s think that in a country where the government revolves around religion and Velayat-e-Faqih, why should we witness its democracy in broad daylight? Because because one hundred came, ninety is before us.

Be the first to review “Democracy Too Rooze Roshan” Cancel reply 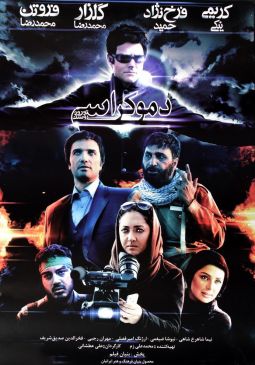