Elnaz Shakerdoust, Emad (Hamed Behdad)’s lawyer, who killed his wife out of pessimism and suspicion. Finally, the court sentenced Emad’s parents to death at their request. Emad, who has accepted the death sentence and has dropped his appeal, asks his lawyer to forgive all of his organs before he dies and to donate his heart to (his sister-in-law), who is ill, so that the other daughter of the family can die. Save your spouse. Emad’s lawyer takes his request to the judge, and the judge considers the acceptance of this request conditional on the acceptance of the guardian and the higher authorities, because the only punishment provided by law for the murderers is execution by hanging. Emad’s lawyer goes to convince Emad’s wife’s family, but is met with a harsh response.

Be the first to review “DelkhunIranian Movie” Cancel reply 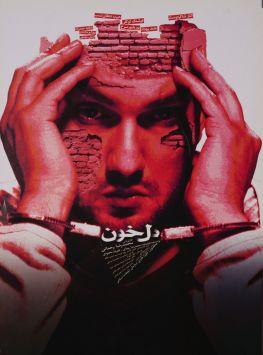