“Touba”, the mother of the family, prepares her children to go to her niece’s wedding party and hands them over to her brother to take to the ceremony. She is left alone with the wife of her spinal amputee, Meysam, who is spending the last moments of her life. Seyed Jalal Ashkazari’s second film has been screened by Azadi Cinema since May 6th. “Delbari” is a social melodrama that tells a new story of sacred defense. The story is about a woman named Touba who has something happen to her on the night of her niece’s wedding. Seyed Jalal Ashkazari has previously made the film “A House by the Clouds”. In this film, Hengameh Ghaziani, Abbas Ghazali, Mohammad Reza Shirkhanlou, Attila Pesyani are the artists. This film has been accepted for screening in the Simorgh Soda section of the 34th Fajr Film Festival. Delbari was released in Iranian cinemas on May 6, 2016. Actors:

Be the first to review “Delbari Iranian Movie” Cancel reply 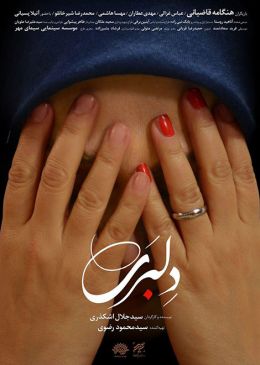