Broken Heart: Broken Heart: The story of the attachment of two young people with different mindsets and from two different families who are forced to write dissertations together. In order to get to know each other from other worlds, they show each other friends and this chapter is more familiar. They become. The girl becomes religious out of love for the boy and her lifestyle changes. Shahab Hosseini, Bita Badran, Khosrow Shakibaei, Fariba Kowsari, Mahmoud Pakunit, Reza Roigari, Moharram Zeinalzadeh, Fariba Jedikar, Mirtaher Mazloumi, Gohar Kheirandish, Shaghayegh Farahani, Mojtaba Amini, Rahman Haghighi and بازی starred in this film. Mohammad Fereshtehnejad composed the soundtrack for the film and Hossein Zandbaf composed the work. The film “Broken Heart” directed by Ali Rouintan was made in 2008. It is a drama film produced in Iran in 2008. University location The film was shot on the Agricultural Campus of the University of Tehran in Karaj.

Be the first to review “Del Shekasteh” Cancel reply 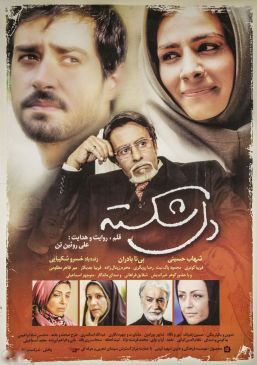