2019Ejtemaei
+ Playlist
Sign in to add this movie to a playlist.
0

Deja Vu is a picture of Farhad and Sarah’s love that has prevented this love from taking root for years, and now the two people, who have matured over the years, intend to face the times again and form a new life together. Referring to the important position of the Iranian family, Raya Nasiri said: The name of my film is “Deja Vu”. I wanted to use the meaning of this word to reach the audience of the film. My point of view in this film was not to talk about the separation of the couple, but to talk about the consequences of the separation of the couple. There is a child between the couple who was born with the responsibility of these two people, and now the parents have to move forward in the way of life so that the least harm is done to their children. Whether divorce is good or bad is not in the realm of my film. I tried to be a spectator in this film and narrate the events. It is the audience that must react, think and put themselves in the place of the film’s character. “Deja Vu” is a psychological word that means a sense of familiarity.

Be the first to review “Dejavu Iranian Movie” Cancel reply 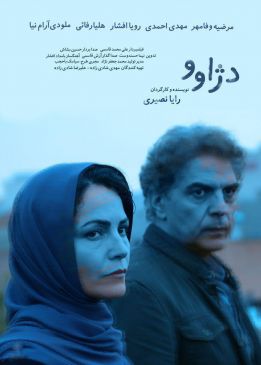