2009108 minComedy, Ejtemaei, Ghadimi
+ Playlist
Sign in to add this movie to a playlist.
0

Ringtone: Two young men named Mohammad and Shirin need some money to clear the car they crashed and have until late at night to get it. Shirin is afraid to bring home her father’s car that she crashed in. They are forced to do something they do not want because they do not have more time until the end of the night, so they go up to the city to do something and this amount as soon as possible. But interesting things are happening. The bell circle was selected as the best comedy of the last year in the second festival of Gol-Agha comedy film. In this festival, the award for the best screenplay was given to Asghar Farhadi, the author of this film. They also awarded the prize for the best producer to Seyed Jamal Sadatian for the film The Ringing Circle.

Be the first to review “Dayere Zangi” Cancel reply 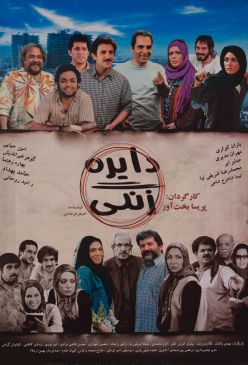