197496 minEjtemaei, Ghadimi
+ Playlist
Sign in to add this movie to a playlist.
0

A young boy named Ali (Saeed Kangrani), who lives with his family in the suburbs of Tehran, takes his sick father (Ismail Mohammadi) to a large hospital for treatment. He cannot hospitalize his father and they spend a few days on the sidewalk next to the hospital fences until they encounter a person named a Samaritan (Ezzatullah Entezami). The father asks him for help, the Samaritan tells the father and son that if they want to make a lot of money easily, they will be waiting for him at the crossroads at six o’clock the next morning. The next morning, the Samaritan puts Ali and his father in a truck with several other people in it. They do not know why and where they are going and their questions remain unanswered. In the laboratory, the father finds out that they want to take blood from him. He protests and does not allow blood to be taken from him, but blood is taken from Ali and a Samaritan gives him 20 tomans.

Be the first to review “Dayere Mina” Cancel reply 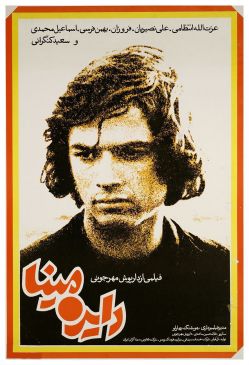