The movie “Invitation” narrates the life of a helpless person who lives in Mashhad and his job is to steal from the pilgrims of the shrine of Imam Reza (AS) and live through it, but in the end, the losers of this case decide the stories of the movie… “Invitation”, the latest work of Mehrdad Farid, is a film that consists of three stories, in other words, a narrative that these stories go parallel to each other to form a whole unit. Apart from the fact that such a narrative form has long fallen into the abyss of stereotypes and repetitions, and is no longer as extraordinary and special as in the first years that it had just become popular, the way the director pays in this way has also happened very deliberately. Many of the film’s events are predictable from the start, and some highly repetitive patterns have led to stereotyping. The core of the script is weak.

Be the first to review “Davatname” Cancel reply 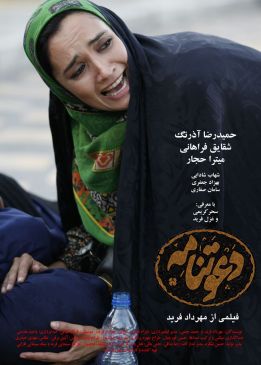