2008Comedy, Drama, Ghadimi, Khanevadegi
+ Playlist
Sign in to add this movie to a playlist.
0

Invitation: Several different families face a similar crisis, and each of them reacts according to their own point of view. The film is about abortion, and the message of the film is that “the fetus invited to this world should not be aborted,” even if the future mother is a sixty-year-old woman, a single woman, an actress who does more work than a child. She would like to be a displaced woman in the city with a well digger or a woman cut off from her husband. An episode of the film about two students starring Pejman Bazeghi has been removed after filming, which some consider to be a reason for its removal, but Hatami Kia has stated that the main reason is the prolongation of the film. The film consists of five episodes; But what they all have in common is the existence of a woman who is facing the issue of pregnancy and the struggle over abortion.

Be the first to review “Davat Iranian Movie” Cancel reply 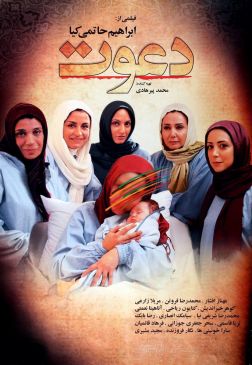