Preset with id ”My does not exist!

The story of the bitch: The film is the story of the bitch about a writer who has a problem with his wife and in the midst of this violence and reconciliation, he starts writing a story in which the characters come to life and enter the real world, which of course is not so real. His imagination speaks as a perfect human being and only he sees him. In the meantime, events take place that make the author and his wife again and again. Akbar Abdi has four different roles and Hedayat Hashemi has three different roles and Negar Abedi has two different roles which are acceptable and appropriate for the film due to the good acting of the actors. Jirani states about the theme of “The Stupid Story”: “The theme of the work is comedy-fantasy and the main actors of the work are Akbar Abdi, Hedayat Hashemi, Negar Abedi and Nader Soleimani. “The production is done by Tina Pakravan, and she will probably have her own audience if the film is released in cinemas.” Actors:

Be the first to review “Dastan Avazi” Cancel reply 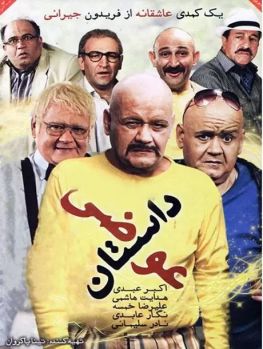