Darkoob is the story of an addicted woman (Sara Bahrami) who is abandoned by her husband (Amin Hayaei) and remarried. An addicted woman (Mahsa) who has been lied to that her child (rain / mud) is dead realizes that her child is alive. : Director: Behrouz Shoaib: He started his career as an actor and played a role in works such as “Glass Agency” and the series “Return of the Swallows”. Although Shoaib continued his acting career, he decided to go behind the camera and gain experience in filmmaking. She worked for many years as an assistant director and programmer in works such as “Tokyo Non-Stop” and “Girls’ Dormitory” and gained valuable experience. Behrouz Shoaib has addressed the social problem of addiction with his third film. Before her, Rakhshan Bani-Etemad had portrayed a part of the life of a young drug-addicted girl with the film “Blood Game”, which was admired by the audience and film critics. But Shoaib in “Darkoob” tells the story of an addicted woman who is thought to be a mother and intends to get her estranged child by any means possible.

Be the first to review “Darkub Iranian Movie” Cancel reply 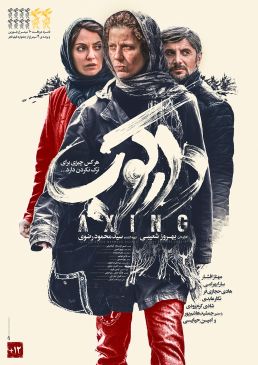