Nazanin (Nazanin Bayati), a first-year city student, has to look for a house in Tehran. He is forced to live with a girl named Sahar (Pegah Ahangrani). Sahar works in a shop, but this companionship determines things. “Darband” has a smart script. Such are the scripts that use all the components of the image to accompany the viewer to the characters of the story and their fate is important to him. Parviz Shahbazi’s screenplay has been able to use this valuable feature well, and the viewer can easily master the overall environment of the story after 15 minutes of the film. Shahbazi in “Darband” has succeeded well in depicting a crowded metropolitan environment like Tehran where all kinds of “ugly” events occur. Nazanin, as the protagonist, is a girl who came to Tehran from the city and is the basis of the etiquette of a traditional Iranian girl (lack of contact with boys, etc.) and now finds herself in a city where moral restraint has become one of the problems. It has become important. Nazanin’s traditional confrontation with the unfortunate society around her was the most important goal that Parviz Shahbazi intended to present in “Darband” and it must be said that he was very successful in achieving it.

Be the first to review “Darband Iranian Movie” Cancel reply 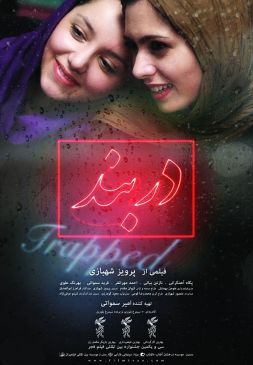