199094 minEjtemaei, Ghadimi
+ Playlist
Sign in to add this movie to a playlist.
0

In the summary of the story in the alleys of love, a young man in his twenties who emigrated from Abadan with his family at the beginning of the war, returned to Abadan after the war with his father and after seeing their city and house destroyed, he returned to Abadan. The city is hesitant. During the days when the father is repairing their ruined house. The young man, who is alone in the empty streets of the city, thinks about his childhood friends, their games, their loves and their mischief. He meets the patient old men who have endured all the hardships of war and stayed in the city, and finally witnesses the humiliation that immigrants have inflicted on themselves in other cities. The young man finally decides to return for good. In Abadan, from the children of yesterday, those who remain are young and prosperous, and today the children play among the ruins, and life goes on. Khosrow Sinaei is the director of Iranian cinema and television.

Be the first to review “Dar Kuchehaye Eshgh” Cancel reply 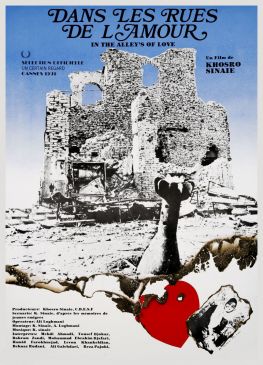