In the synopsis of the movie Damascus Time, Younes and Ali are the father and son of pilots whose special mission is to fly a plane from Tadmor to Damascus. They must save the oppressed people of ISIL by this flight, but In this way, many problems await them. With the emergence of a terrorist group called ISIL in the region, which can really be considered as one of the most horrible and ruthless terrorist groups in history, the need to make a worthy film. The Iranians who were sent to Syria to fight this group and were martyred became more important than ever. A film that had to correctly reveal the true face of this terrorist group, and the quality of its production was such that it could even be taken outside of Iran and presented to the world. Therefore, announcing the readiness of Ibrahim Hatami Kia to make a film about ISIL and the defenders of the sanctuary who have been sent to Syria, could be good news for cinema lovers that for many years Ibrahim Hatami Kia with his lasting works in the field of sacred defense such as ” “Watch” and they were still waiting to see Ebrahim Hatami Kia of the war again and to remember his works. “Be Qat-e Sham” could be a great opportunity to present a worthy cinematic work that, along with the quality of its production, would create an epic of pride for Iranians. But what Hatami Kia has presented really disappoints the audience.

Be the first to review “Damascus Time” Cancel reply 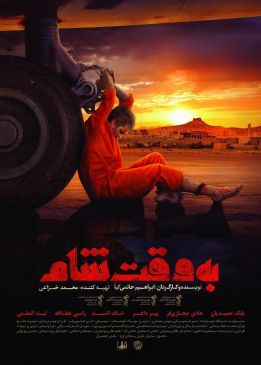