Shy Groom: The comedy story of Shy Groom is about a young couple who have problems and differences between them on their wedding night, and this difference is not complete and causes it to enter their lives and be the root of the rest of their problems.… About Director: Arash Meyarian Editor It is Iranian cinema and television. One of the most important works of Arash Meyarian is his activity in the series made in Iran 2, the series “Relaxing” and the movie “Hat for Rain”. Arash Meyarian started his professional career in cinema and in 1999 he worked as an editor in the film Sharareh directed by Siamak Shayeghi. Although the success of this work was not more than his next landmark works such as the serial made in Iran 2, but it is a good experience for Arash Meyarian and he experienced collaboration with artists such as Behnaz Nazi, Gholamreza Tabatabai, Shahrokh Forootnian and Soroush Sehat. 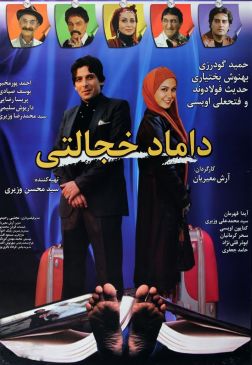