2017Comedy, Drama
+ Playlist
Sign in to add this movie to a playlist.
0

Cinemachar movie: Mosquito is a contagious disease that is mostly seen in horses, ostriches and donkeys and can be transmitted to humans! In fact, this is the main subject of this film; The film is a situational satire and tells the story of a film crew who are making a film; They need a donkey for several scenes of the film, and this causes the whole group to face different adventures ایرانی The Iranian film Cinema Donkey (Mashmsheh) is a film directed and written by Shahed Ahmadlou and produced in 1397; For the first time in cinema, Pouria Shakibaei, the son of Khosrow Shakibaei, has played a role in this film; The film won the People’s Award at the Bangalore International Film Festival in India and the Special Coral Award for Best Film at the Bigor Film Festival in Spain, and was nominated for the Best Film Award at the Busan Film Festival in South Korea; ‌

Be the first to review “Cinemakhar” Cancel reply 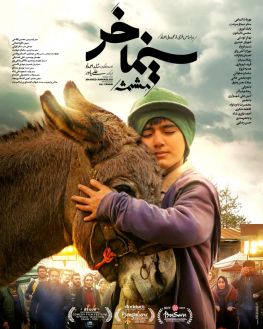