1988101 minEjtemaei, Ghadimi, Khanevadegi
+ Playlist
Sign in to add this movie to a playlist.
0

Chun Bad: After graduating from school, Morteza intends to work in two cycles by working in a workshop and earning a monthly salary. Rahim, Morteza’s father, who opposes the boy working, advises him to study next year. But Aghabzorg, Rahim’s father, agrees with Morteza working. The mother also more or less agrees with the son and finds a job for Morteza in a press workshop. The grandfather leaves the house forcibly after an argument with his son, Rahim. A calligrapher, he tries to reconstruct an old inscription with his friend Aghanazir. Aghanazir falls from the scaffolding due to old age and dies. Aghanazir’s relatives blame the great death of the family on the grandfather. The big man hides his confusion and wandering from everywhere. Morteza, who is interested in his grandfather, goes in search of him with the help of one of his colleagues named Abdullah. The grandfather breaks his legs in a car accident, and Rahim, who does not have the money for the hospital, sees that his son is paying for the grandfather’s treatment. After being released from the hospital, Agha Bozorg also sells one of his valuables and buys a bicycle for Morteza.

Be the first to review “Chon Bad” Cancel reply 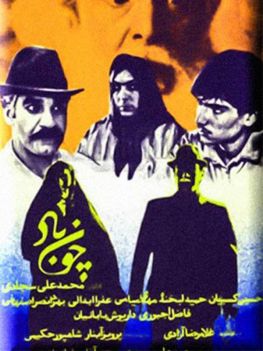