Dwarf: Hamid Farahani (played by Hamed Behdad) is a young writer who has many problems in his life. Suspicious of his wife (played by Shabnam Darwish), he begins writing his new novel, Burn Your Manuscripts, under difficult circumstances. Unaware that a mentally ill person is wandering around where he and his wife live… Mr. Ali, a young film director whose recent film “Dirty Writer” has just been released on the home theater network, talks about the process of forming the script and the initial idea. “It was in the middle of 1992 that Mr. Ahmad Tajik offered me to produce a film directed by me, and the project began with the participation of Mr. Majid Mozaffari,” he said. We had discussions with Zamyad Saadvandian, one of the screenwriters of Iranian cinema, and among his plans, we finally came to the script of “Dirty Writer”. He went on to say: “Dwarf” is the title of my first feature film experience on the Home Theater Network. The only reason I did not apply for a feature film production for this film was because I felt that the conditions for making my first feature film had not yet been met.

Be the first to review “Cherk Nevis” Cancel reply 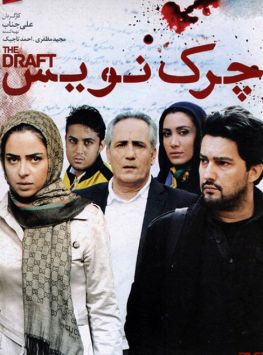