A few days before Nowruz, a female traveler named Gohar rides a well-behaved old man named Bahrami, who is accompanied by a black bag. Then, other people take a taxi: a middle-aged man named Javadi who bought for Eid night, another stylish middle-aged man named Dariush and a young student named Meysam. Fierce discussions on social, cultural, and political issues begin between them, when two unidentified motorcyclists suddenly break the rear window of a moving car and forcibly abduct Bahrami’s bag. But four other people manage to snatch Bahrami’s bag from the thieves and return it to him. Bahrami, who is very happy to get his bag back, wants to thank all four people, and with only one check left in his jackpot, he draws a check of forty million so that they can share it among themselves after cashing.

Be the first to review “Check Iranian Movie” Cancel reply 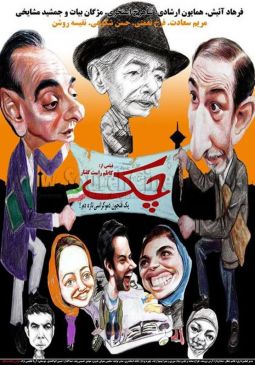