Blackmail: The story of this film is about a famous and rich man whose wife is harassed by a criminal group, and that group enters the life of this couple with the aim of extortion and extortion through cyberspace and endangers their lives. They will throw ; But… Blackmail movie: directed by Amir Momeni Asl was produced in 1397. The film is in the social genre and tells the story of extortion through cyberspace. This film is produced by Parviz Ghodsi and starring Maryam Khodarahmi, Alireza Raisi, Afshin Sangchap, Saqi Zinati, Majid Shahriari, Safar Kashkoli, Mehran Esbaghi, Sina Makarem, Daniel Saffari, Diniar Givi, Hossein Badihi, Reza Dizaji, Aref Akbari Rad, Nimataj Poursafar, Roya Shams and Parviz Ghodsi is the product of Mana Media Art Institute.

Be the first to review “Chantage” Cancel reply 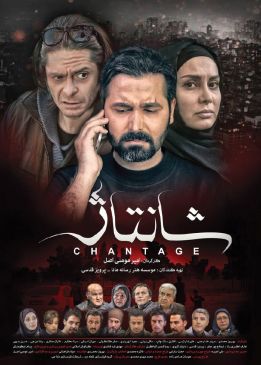