Purgatory movie: On February 13, 1979, a group of ordinary criminals escape from prison. Those who want to leave the country meet a man named Seyyed Yaqub in the border villages who tries to prevent the prisoners from escaping by his actions and words. At first, they ridicule Sayyid Ya’qub’s sermons, but gradually, after the foreign army invades the homeland, they are influenced by the sacrifices of Sayyid Ya’qub and the villagers, defending the village and losing their lives. After the victory of the Islamic Revolution, Iranian cinema has been in a state of uncertainty and confusion for perhaps half a decade (1358 to 1363). This confusion was due to the uncertainty of official policies towards cinema and the expectations of the fledgling political system. For this reason, among the works that were produced in that period, we can also see examples that continued to act in the same way as in the case of female actors.

Be the first to review “Brazakhiha” Cancel reply 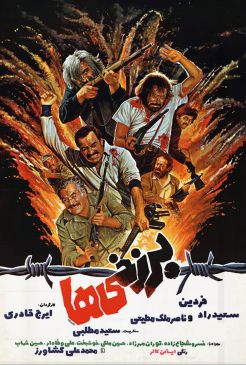