199595 minAction, Ejtemaei, Ghadimi, Jangi
+ Playlist
Sign in to add this movie to a playlist.
0

Mino Tower movie: “Mino” and “Moses” are on the verge of living together. A letter arrives in the hands of “Moses” and he is asked to go to the island of Mino to collect the rig as the survivor who built the watchtower. He is reluctant to travel, but he finds himself in a situation and goes there. Mansour, Minoo’s brother, was martyred in that tower, and this is the beginning of the memories that Musa fascinates Minoo with. He finds himself on the same level as “Musa” and “Mansour” in the conditions of war. “Mino” falls to the ground trying to climb the mast and opens his eyes in the hospital and does not find “Musa”. He looks for “Moses” and finds him in the same rig on the island of Mino. “Moses” is devoted. “Mino” and “Musa” stay at the top of the mast and decide to assemble the rig. Ali Nasirian as a repairman, Turan Mehrzad as Minoo’s mother and Minoo Jafarzadeh as Musa’s mother. In the movie Mino Tower, about 22 actors have gone in front of the camera, which in terms of the number of actors can be considered as a multi-actor work.

Be the first to review “Borje Minoo” Cancel reply 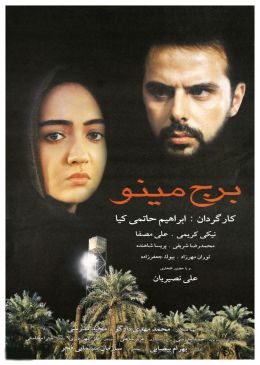