Quiet Tower movie: A famous TV presenter moves from a traditional environment to a tower in the upper part of the city. This relocation coincides with the disappearance of an old red sofa that was a relic of his mother, and finding it triggers adventures. These stories create a symbolic atmosphere that is humorous. In Aram Tower, actors such as Soroush Sehat, Sahar Zakaria, Majid Moshiri, Reza Feiznoorozi, Ali Hedayatnia, Naeema Nezamdoost and Pourandokht Mahiman have played roles and acted. Other actors in the movie “Peace Tower” include Shirin Abbasi and Massoud Mehregan in the role of the mysterious guard.

Be the first to review “Borje Aram” Cancel reply 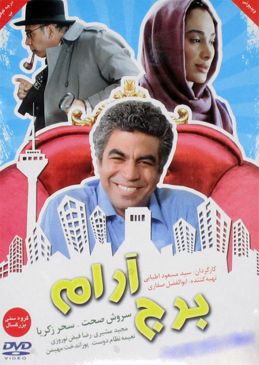