201090 minEjtemaei, Ghadimi, Khanevadegi
+ Playlist
Sign in to add this movie to a playlist.
0

This film is the story of three friends who have been together since childhood to hold a concert on an oil platform in their youth. “The Smell of Wheat” was first licensed under the name “It’s Not Dark Here” Reza Yazdani (singer), who was present in the film, performed a song for the film called “Persian Gulf”. The biggest positive and important point of this film is the excuse of making it. This excuse is based on two principles. One is to keep alive the memory and honor of the father who was martyred on the oil platform in the Persian Gulf, and the other is to protect the Iranian and correct name of the Persian Gulf, which some historical thieves have tried to forge. It is presented as a young girl (played by Ms. Shakerdoust) and the resulting illusion is also displayed, but unfortunately, the way to cure it and the pathological points related to this issue are not presented properly. 3 – Like many other films showing non-Islamic hijab is a common coin of this film and the like. In this film, Gandum (played by Ms. Shakerdoust) has a non-Islamic hijab and the camera easily shows the closed scenes of her, which have nothing to do with the Islamic hijab. The Smell of Wheat was another film of the same name, directed by Amir Mojahed and Farzan Deljoo, produced in 1977, in which Abi, Eileen Wigan and Shahram Shabpareh played roles.

Be the first to review “Booye Gandom” Cancel reply 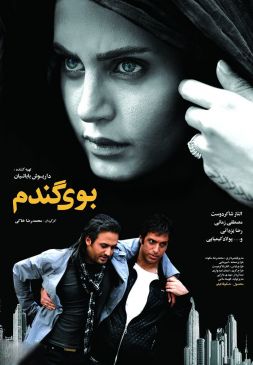