In the summary of the Boomerang story, Mona is a medical student and lives alone in Tehran. Things happen to him that seem to be from a young boy who cleverly, without leaving a trace of himself, disturbs him. This issue gradually becomes serious and creates worries for him and his friend Hale. The police open their mouths to the story, but the suspicious events continue, until clues are found, and about the director: Ashkan Ziaei is the director of Iranian cinema and television. One of the most important works of Ashkan Ziaee is directing Boomerang. Ashkan Ziaei spent a period of hard work in the field of cinema and television in 2016 and has been involved in the production of important works. Ashkan Ziaee’s most important work this year is his work in Boomerang as a director. Perhaps one of the most important parts of Ashkan Ziaee’s biography has been his work in Boomerang. Ashkan Ziaei started his professional career in cinema and in 2016 he directed the film Boomerang, which was able to present itself among the people of the cinema space. Ashkan Ziaei has been quoted as saying that he has agreed to direct the film Boomerang and his collaboration with actors and actresses.

Be the first to review “Boomrang” Cancel reply 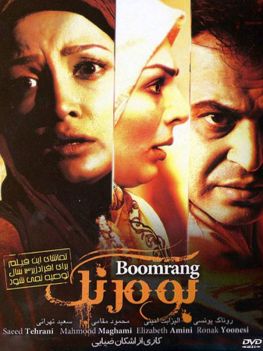