1977115 minAsheghaneh, Drama, Ejtemaei, Family, Ghadimi, Khanevadegi
+ Playlist
Sign in to add this movie to a playlist.
0

Deadlock: Deadlock: A young girl lives with her mother in a house at the end of a dead end street. The young girl graduated and is alone at home with her mother and has no fun. He has lost his father and the only man in their family – his brother – is traveling. The girl notices that an unknown man has been standing in their alley for some time and often looks out the window of her room. The girl is getting used to seeing the man in the alley. In such a way that if he does not see him, it is as if he has lost something. After a while, the girl, with the guidance and advice of her friend, prepares to meet and talk to the unknown man, and in this encounter, the girl finds the man so lovable that she then confesses that she loves him. It seems that the unknown man also loves the girl and she came and went, apparently because of researching the girl’s associations and getting to know her family better. Until one day an unknown man comes to their house and the girl sees that everything is against all his expectations. Actors such as Mary Apik as a young girl, Apik Yousefian, Bahman Zarrinpour as a brother, Parviz Bahador as a man, Mansoureh Shadmanesh, Mohsen Salimi and Abbas Vosough as actors and actresses.

Be the first to review “Bonbast Iranian Movie” Cancel reply 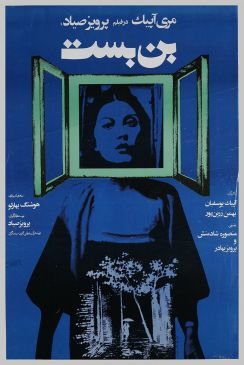