Bluff 2014: The story of the film is related to the 2014 World Cup and that is why the name was chosen for it. Yousef Teymouri and Ali Sadeghi have played the role of two young people in this film who are plotting a strange plan at the same time as Iran’s games in the World Cup, but the implementation of their plan causes them a lot of trouble …… 1 of the 2014 Bluff actors, the first He has experienced his serious acting activity in this work, in fact, it was the first film in Bluff 2014: Fara Farghdani. Also, Mohsen Darmanesh, director of Bluff 2014, has experienced his first collaboration with actors such as Yousef Teymouri, Nafiseh Roshan, Arezoo Afshar, Asghar Naghizadeh, Mehran Rajabi, Kianoosh Gerami and Dariush Haghdoost in this work. Among the actors of Bluff 2014, the first 20 collaborations took place, in other words, in this film, a cooperation relationship was formed between each of the 8 actors, and 20 collaborations occurred for the first time in Bluff 2014. like the: Yousef Teymouri and Asghar Naghizadeh, Yousef Teymouri and Kianoosh Gerami, Yousef Teymouri and Fara Farghdani, Yousef Teymouri and Dariush Haghdoost, Nafiseh Roshan and Arezoo Afshar. Bluff 2014, which is narrated in a comedic atmosphere, was written by Javid Sotoudehnia and this good script has provided the necessary platform for the production of a remarkable comedy film.

Be the first to review “BolofIranian Movie” Cancel reply 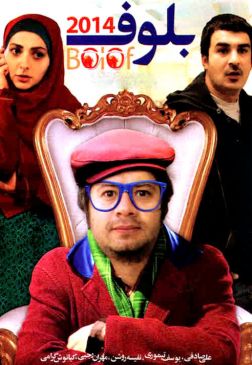