201990 minEjtemaei, Khanevadegi
+ Playlist
Sign in to add this movie to a playlist.
0

“Blade of Cashmere” is a drama and social film directed by Kiomarshpour Ahmad. The film tells the life story of a 28-year-old girl named Termeh who lives with her uncle. When his mother returns, he gets involved in events and secrets await him. “Blade and Cashmere”, the latest work by Kiomars Poorahmad, is unfortunate, because it has no spark of the beloved filmmaker’s lovable cinema. In this work, Poorahmad again goes to an adaptation that, unlike brilliant works such as “Night Bus” and “Strange Sisters”, does not come out of the water at all. “Blade and Cashmere” is an adaptation of the novel “When will I get off this carousel” by Safflower Ranjbar. The film is the story of a girl named Termeh (Diba Zahedi) who, years after her father dies and after her mother returns to Iran, tries to find the real cause of her father’s death and in the meantime encounters bitter truths. The main drawback of “razor and cashmere” can not be considered flexible to a particular element; The film suffers as much from the weak and impatient structure used by the director as it does from the poor script and incredible characterization.

Be the first to review “Blade And Termeh” Cancel reply 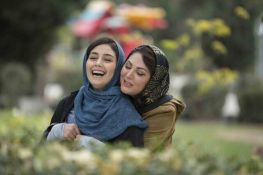