201975 minEjtemaei, Khanevadegi
+ Playlist
Sign in to add this movie to a playlist.
+1

A film in the family genre produced in 1397 is the third work of “Hossein Makham”. In this film, actors such as “Parsa Piruzfar”, “Soheil Mostajabian”, “Baran Kowsari”, “Hassan Majouni” and “Habib Rezaei” have played roles. The story of the local anesthesia movie takes place from night to morning. Jalal, a retired philosophy student, finds out that his sister, who suffers from bipolar disorder, is married to a wealthy man named Shahrokh, who is addicted to betting on football. Jalal angrily leaves the house to go to the house of his friend, Bahman, an underground composer. On the way to Jalal, he meets a taxi driver named “Nasser” and they spend two strange nights together. Other factors in the local anesthesia film Writer and Director: Hossein Mahkameh Producer: Habib Rezaei Moderator and investor: Mohammad Sadegh Ranjkashan Production Manager: Mehdi Badrlou Director of Photography: Ali Tabrizi Editor: Samaneh Sezavar Makeup Designer:

Be the first to review “Bihessi Mozee” Cancel reply 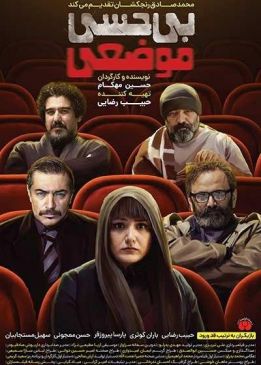