Alien Movie: Nasrin is a freelance painting teacher who comes to her half-sister’s house under the pretext of visiting. But it stays there for a few days. While waiting to see her sister’s husband, Oke encounters a man who knew in advance that he would inherit property through his wife, and now that he is unemployed and severely trapped, he counts on this record and rises to reclaim the inheritance when Nasrin arrives. . One night, Amir’s friend (electrician) meets Nasrin. Nasrin has a romantic relationship with Amir’s friend and Davood (Amir’s friend) falls in love with him. Meanwhile, Amir, who is suspicious of his wife’s sister’s behavior, investigates her and finds out the facts. He finds out that she is an immoral woman and has fled to a painting school because of a young suicide bomber.

Be the first to review “BiganehIranian Movie” Cancel reply 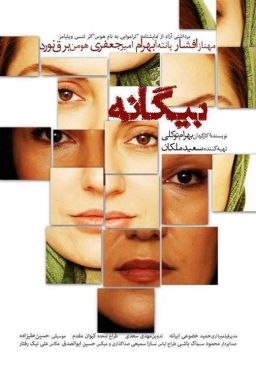