200692 minEjtemaei, Ghadimi
+ Playlist
Sign in to add this movie to a playlist.
0

Young girls and boys, each belonging to a different social class, inadvertently come together in a common path to figure out new things. Infidelity is not a masterpiece and may not even be a memorable film. But it does not seem that Asghar Naeemi’s intention in making the film Unfaithful was such a vision. Everyone who is serious about film criticism will definitely remember the name of Asghar Naeemi. Apart from his readable notes about the introduction of Fajr Festival films, which are usually included in the special issue of the Film Monthly Film Festival. Apart from the reports and analyzes he has about cinematic works. The filmmaker’s background in matters such as assistant director, short filmmaking and even acting has made his name more familiar. Elnaz Shakerdoust and Hamid Goodarzi are the main actors in this film. The two actors formed a cinematic couple at some point in the 1980s. 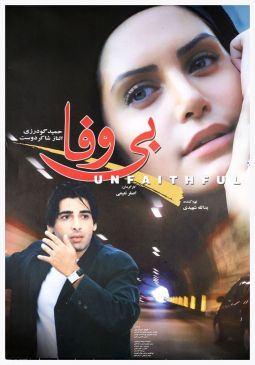