The film is about a young couple who are involved in a period of unemployment and lack of money and try to solve problems, but their efforts complicate the situation… .. The film is about a couple whose life process makes them penniless; A dilemma that becomes a situation for the film’s hypertext references. In this area, the form of the film’s satirical streaks is noteworthy. “Moneylessness” has two valid and impressive games; Leila Hatami in the role of a simple and well-educated girl, and at the same time superficial and loving, and Bahram Radan in the role of an arrogant, indebted and struggling young man who becomes a vehicle for opening everything that is going on today and among the people of this time. ; From deprivation and poverty and unemployment to small and insignificant accompaniments and lovely entrenched entrances, from the prestigious deprivations of affluent families to the appearance of an ugly and desperate and shocking face of poverty and deprivation and even the banknote that On the way, the film is found by a deprived couple, and the woman, with simplicity and at the same time a quasi-discovery and intuitive look, throws it into a charity box in a fight that has arisen between herself and her husband, and this is a sign of God’s attention to They think. 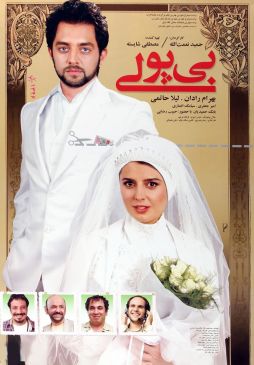