Farewell is a film about Reza Sadeghi and the committed and popular artists of the country who work for their cause and love and are not willing to accept any order or contract. But in this film, there is no news of Reza Sadeghi, no news of commitment, no people, no love and no ideals. Instead, the film is full of vague, meaningless, and ambiguous decorative scenes that the director tries to “deepen” with. This is while we do not encounter anything in the film with depth, even with the depth and personality layers of Reza Sadeghi about whom the film is made. In the film, we are on the side of a bad-tempered and fierce black-clad singer who fights with everyone (even his best friends and the producer of his works who proposed to him). It can be said that the genre of Farewell Epidemic is the epidemic of Iranian quasi-intellectual cinema today: “Jasmine Genre”. A genre in which deadlock induction is an integral part. Ahmad Amini is the director of Iranian cinema and television.

Be the first to review “Bi Khodahafezi” Cancel reply 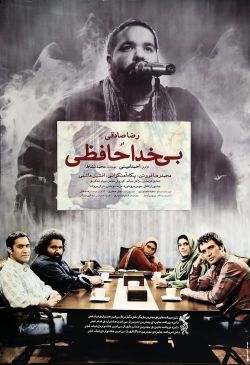