2002Ejtemaei, Ghadimi
+ Playlist
Sign in to add this movie to a playlist.
0

The Gospel to a Citizen سوم Third Millennium: Several students of a girls’ high school die suspiciously, a seminary teacher tries to find out the cause of their death by entering the world of students, but he gets involved in the problem… It is clear that the author is concerned Pays attention to current issues and problems of the young generation of the country. However, due to the divergence of the issues raised in the film and the multiplicity of different characters, whose main and secondary aspects are not clear, the film fails to satisfy the viewer, although in warning parents about paying attention to their children and informing them about the difference. Misleading groups are somewhat successful.

Be the first to review “BesharatIranian Movie” Cancel reply 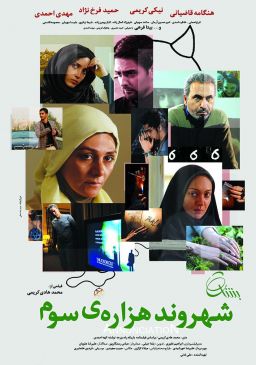