The story of several immigrants whose consequences of the war and the invasion of Iraq lead them to a place to survive. Atef arrives in Berlin with his sick daughter and son; Where the danger of their lives does not threaten but they realize that not all life is survival, the filmmaker falls into an unconscious duality and does not say a single word in the course of the film; Because in several cases, we see that Najmeh has a serious conflict with her father and complains about why he brought them to a foreign country. But at the end of the film, we see that despite the fact that his father’s freedom is certain and Najmeh is supposed to reach his heart’s desire and return to his country; He makes a strange decision and, by confessing the unspoken secrets of his life, provides the means of endurance for himself and his family in Berlin. This is where he takes the filmmaker to Paradox and it becomes clear that it is still not clear to the filmmaker what goal he is pursuing by making the film. In the film, we see storytelling about Najmeh’s mother in the film, which remains obscure until the end of the film and leaves it to the audience, and the same thing is evident about Najmeh’s brother’s illness in the film; But really, what are all these lies in the language of a Muslim, Atef (the first character in the film) about what happened to his daughter Najmeh !?

Be the first to review “Berlin 7Iranian Movie” Cancel reply 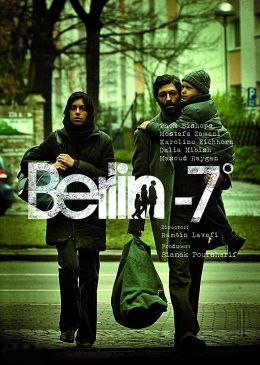