199790 minAnimation, Fantasy, Teenage
+ Playlist
Sign in to add this movie to a playlist.
0

Benjamin animated film The animated film Benjamin tells the story of the life of a boy of the same name in ancient Egypt, when the Egyptian pharaohs forced the children of Israel into slavery and work in temples. The story is told in the language of Asher – Benjamin’s friend – and the story is that Asher’s sabotage causes Benjamin’s mother to be captured by the king’s soldiers. To save his mother, Benjamin decides to go on a dangerous journey, and this is the beginning of the ups and downs of Benjamin and Asher. Mohsen Enayati Nooshabadi, director of the feature film “Benjamin”, which is one of the three animated films selected for the Fajr Film Festival in 1997, said in an interview with Pana about the idea of ​​making this film: “I have directed several short animation films before and the group’s ability gradually increased.” Until I decided to make a movie. To make my first feature film, I planned to produce a film with a wide audience; I mean, I wanted to make a movie that looked good; A film that can attract audiences both inside and outside Iran. He added: “To achieve this, we needed an interesting, sweet and emotional story.” This is the main condition for the success of the animated film and of course all the works that are made in the field of children and adolescents.

Be the first to review “Benyamin” Cancel reply 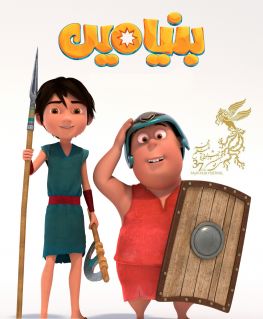