Because of Haniyeh: Captain Aloo goes fishing with fourteen other men, but everyone except the captain catches the sea and the people blame the captain for the death of their loved ones and attack him and his family, and in the meantime the captain’s young daughter. Haniyeh becomes paralyzed, the captain and his family leave Tangak and go to Bushehr. Captain Aloo has vowed to pray until the morning of the tenth night of Muharram so that Haniyeh can be healed, but death does not spare him. After the captain, his son decides to continue his father’s vow to heal his sister, but finds it difficult to do so. In Muharram, he is commissioned to go to Tangak and bring the cradle of Muharram to Bushehr. But in Tangak, the news of Captain Aloo’s arrival reaches everyone, and these children are used to take revenge and harass Bashiro, but he bravely brings the cradle to its destination.

Be the first to review “Bekhatere Haniyeh” Cancel reply 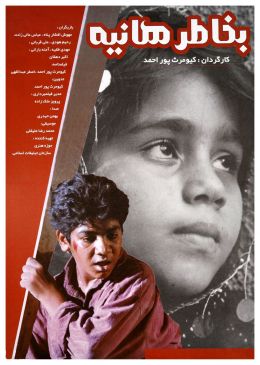