Hangover Time: The story of the movie Hangover Time and this comedy can probably draw a large audience to cinemas and provide happy moments for cinema-loving people. Mohammad Hossein Latifi is one of the most prolific and well-known filmmakers who is better known in the field of serialization and television. By making series such as “Sahib Delan”, “Padri” and the home theater series “Ice Heart”, he has shown a multi-part work platform and series. He knows television well. Latifi, who recently directed the series “Sar Delbaran” for broadcast during Ramadan, has presented a kind of mystical worldview in most of his works and has introduced the clergy and religion to his audience with new faces. In “The Chimney” and its sequel, Latifi “Padri” moves away from this worldview and depicts the social and economic concerns of the middle class with humorous language, which, incidentally, these two collections, like other Latifi works on television, were well received. But Latifi is a filmmaker in cinema, completely different from the image he shows on television. In “Smoky Glasses” and later in a box office format with the film “Forced Success”, he portrays gender conflicts and in “The Third Day”, he narrates a part of Iran’s history in the midst of the occupation of Khorramshahr, in the midst of a love affair.

Be the first to review “Be Vaghte Khomari” Cancel reply 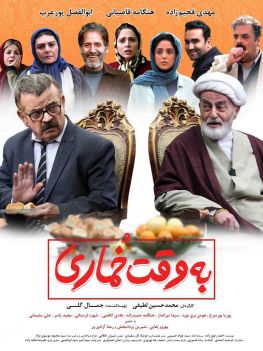