Majid (Farhad Aslani) is a middle-aged man from a middle-class family who is from the city and behaves in a traditional way. He is addicted and in addition, he suspects his wife Pooneh (Hanieh Tavassoli). Pooneh, unlike Majid, is not from a traditional family, and the confrontation between these two different cultures is all we see in Pooneh. The version of the Fajr Film Festival and the release version are different. Interestingly, the last scene of the film that takes place on the plane was not in the version that was shown at the Fajr Film Festival. A former member of the Screening Licensing Council said that the version that was originally submitted to the council contained a sequence at the beginning of the film that clearly showed Pooneh leaving Iran. He said that we requested that the sequence be removed, and after the removal, the license was shown and the film was sent to the Fajr Festival. Interestingly, a photo of this sequence has also been published. Thus, it can be seen that in the current version of the screen, what Majid doubts is the last scene. The version of the festival that did not have this scene was more ambiguous, but it was still possible to understand the intent of the filmmaker to Frost.

Be the first to review “Be Khatere Poneh” Cancel reply 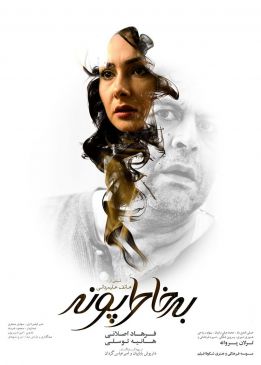