199087 minAction, Ejtemaei, Ghadimi
+ Playlist
Sign in to add this movie to a playlist.
0

In the summary of the story of the great game, following the invasion of the Iraqi army and the occupation of one of the small towns in the western border areas of the country, many residents of the city are killed and the living leave the city in a hurry and under bombardment. Only a small number of young people remain in the city to resist. While evacuating the city, Maryam, a seven- or eight-year-old girl, is temporarily anesthetized by a blow, and when she regains consciousness, the city is occupied by the Iraqi army. During Maryam’s wanderings in the city, she comes across a baby boy who happened to be alive, and…. About the director: Kambozia Partovi is one of the prominent screenwriters and directors of Iranian cinema and television, who has four Crystal Simorghs for the best screenplay in his repertoire and has won numerous foreign and domestic awards. Although Cambodia sees himself as both a director and a writer, he has clearly been more successful in screenwriting and has been praised more than directing. In addition to writing and directing, Partovi has other experiences during his years of activity. She has worked as a director’s consultant in “Day and Night” and “Five Stars” and as a screenwriter in “One Night”, “Three Women”, “The Last Whistle” and “Quiet Streets”.

Be the first to review “Bazi Bozorgan” Cancel reply 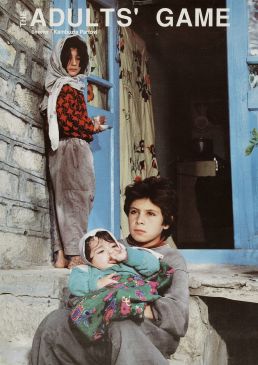