Barcode Movie: Barcode Movie A young boy goes to a CEO’s office to be hired and tells him that he has to hire him to describe the past events that led him to come to the CEO’s office…. A young man named Hamed (Bahram Radan) goes to the office of the head of a company (Reza Kianian) for employment. The story of the film tells the story of how this young man got to this office in his own words…. The use of comedy couples has always been common in Iranian and world cinema satire. From the popular example of Pulp Fiction to St. Petersburg, Iran. In the barcode, however, we see the company of two really stupid couples who always succeed in facing someone more naive than themselves. Basically, in some Kiai films, things do not happen in a certain order. It is as if we are walking in a fantasy and unreal space.

Be the first to review “BarkodIranian Movie” Cancel reply 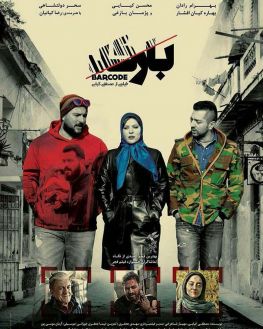