197192 minAsheghaneh, Ejtemaei, Family, Ghadimi, Khanevadegi
+ Playlist
Sign in to add this movie to a playlist.
0

Because hearts beat: Nazi and Reza and Farhad have grown up together since childhood. Farhad is practicing law and Reza spends his time in idleness. The two are interested in Nazi, but Nazi and his father, the colonel, do not pay attention to Reza and Farhad gives up his love for Reza. Reza studies and goes to serve in the army, but after a while, his friend Jamshid reports that he was killed in a military clash. The day Nazi and Farhad are getting ready for marriage, Reza Sermi arrives and Farhad prepares for their marriage, until some time later, Reza sees an old letter in the Nazi jewelry box from an unknown person addressed to Nazi, telling him: He is interested 3 Among the actors and actors of the film for which hearts are beating, 3 people have traveled to Diar Baghi and are no longer with us: the late Poori Banai, Iraj Ghaderi and Reza Beyk Imanvardi. 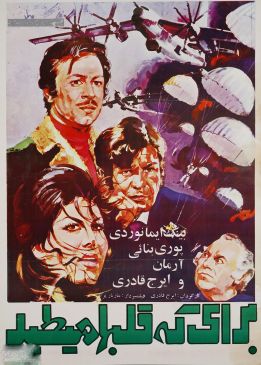