201592 minEjtemaei, Khanevadegi
+ Playlist
Sign in to add this movie to a playlist.
0

Summer Rain: Summer rain has a social theme and is about a young athlete who worked in the field of boxing and due to financial and family problems works in the buffet of a fitness club. It does not take long for him to meet a boy by chance, and this acquaintance overshadows his life. So far, Yousef Teymouri, who plays the main role in this film, has gone in front of the camera with Nafiseh Roshan and Mir Taher Mazloumi. All locations are in Tehran and the group is currently in the hospital to record scenes from the film. Part of the work is also set to be filmed at the Freedom Tower. One of the features of this work is the presence of three sports heroes along with the actors of this film, who have Asian and world championship medals. Including Yousef Karimi, Asian and world bodybuilding champion, Meysam Eshghi, 90 kg world kickboxing champion, and Majid Ghamari, world bodybuilding physics champion.

Be the first to review “Baran Tabestani” Cancel reply 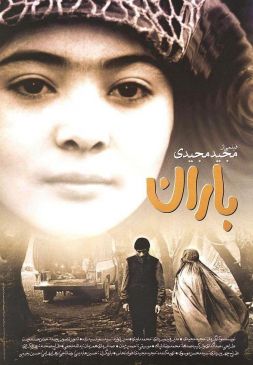