197892 minEjtemaei, Ghadimi
+ Playlist
Sign in to add this movie to a playlist.
0

Fratricide: The two families have a long-standing dispute and deep-rooted resentment that, at least once, leads to bloody conflicts between them. A boy and a girl from this two families fall in love and this gives a good excuse for the two families to be equal again. The conflict escalates so much that the boy and girl eventually fall victim to it. At this time, the two families have realized their mistakes, but there is no time to make up for it. About the director: After graduating, he was accepted to the university in the field of pharmacy, but left his studies unfinished and turned to art. Ghaderi started his activity in cinema in 1334 with his role in the movie “Crossroads of Accidents” directed by Samuel Khachikian and in 1341 he founded Panorama Cinema Company. Often known as one of the filmmakers of pre-revolutionary cinema, he continued his work in the post-revolutionary period by making “Loot”.

Be the first to review “Baradar Koshi” Cancel reply 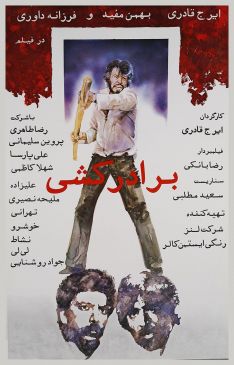