It happens on the highway that the drivers of both cars are women. The driver of the rear car fell into a coma due to a severe injury. During the investigation, the case officer doubts the nature and manner of the accident, and the “very close encounter” is the story of the complex relationship between the contemporary couple, which of course challenges the narrative structure in the way the audience judges. The narration and arrangement of events in the film is a function of a familiar pattern in which the final accident is depicted at the beginning of the work and the middle part is narrated by moving in time and space until reaching this end. The film tells the story of two teenage friends named Narges (Anna Nemati) and Nahid (Laden Mostofi) who, after years, meet in a situation where the former has a love life and the latter a broken life. The current relationship between the two women relies heavily on their friendship background and, of course, what owes to the past. .. 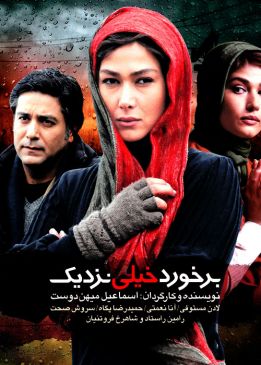