1977111 minDrama, Ejtemaei, Family, Ghadimi, Khanevadegi
+ Playlist
Sign in to add this movie to a playlist.
0

Movie Above the Skies: Above the Skies: A young pilot meets a girl during an accident and intends to marry her. But in an accident, the pilot dies before announcing the publicity of his marriage. The pilot’s wife inevitably leaves the child she gives birth to to a family and works anonymously in their home. After many years, Farrzand grows up and becomes a pilot himself. The mother becomes the midwife of a girl who is loved by her child. Then, during events, he found out the identity of his mother and married the girl. He composed the soundtrack of the film Above the Skies and Varojan; But the song of the final credits of the film, which was named “Above the Skies” with the same name as the film, was re-sung and released in June 2015 with the voice of Nima Masiha and the arrangement of Reza Tajbakhsh. Varojan was recording the music of this film in September 1977. , Suffered a stroke and died ten days after being hospitalized.

Be the first to review “Bar Faraze Asemanha” Cancel reply 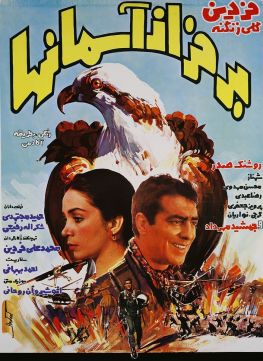